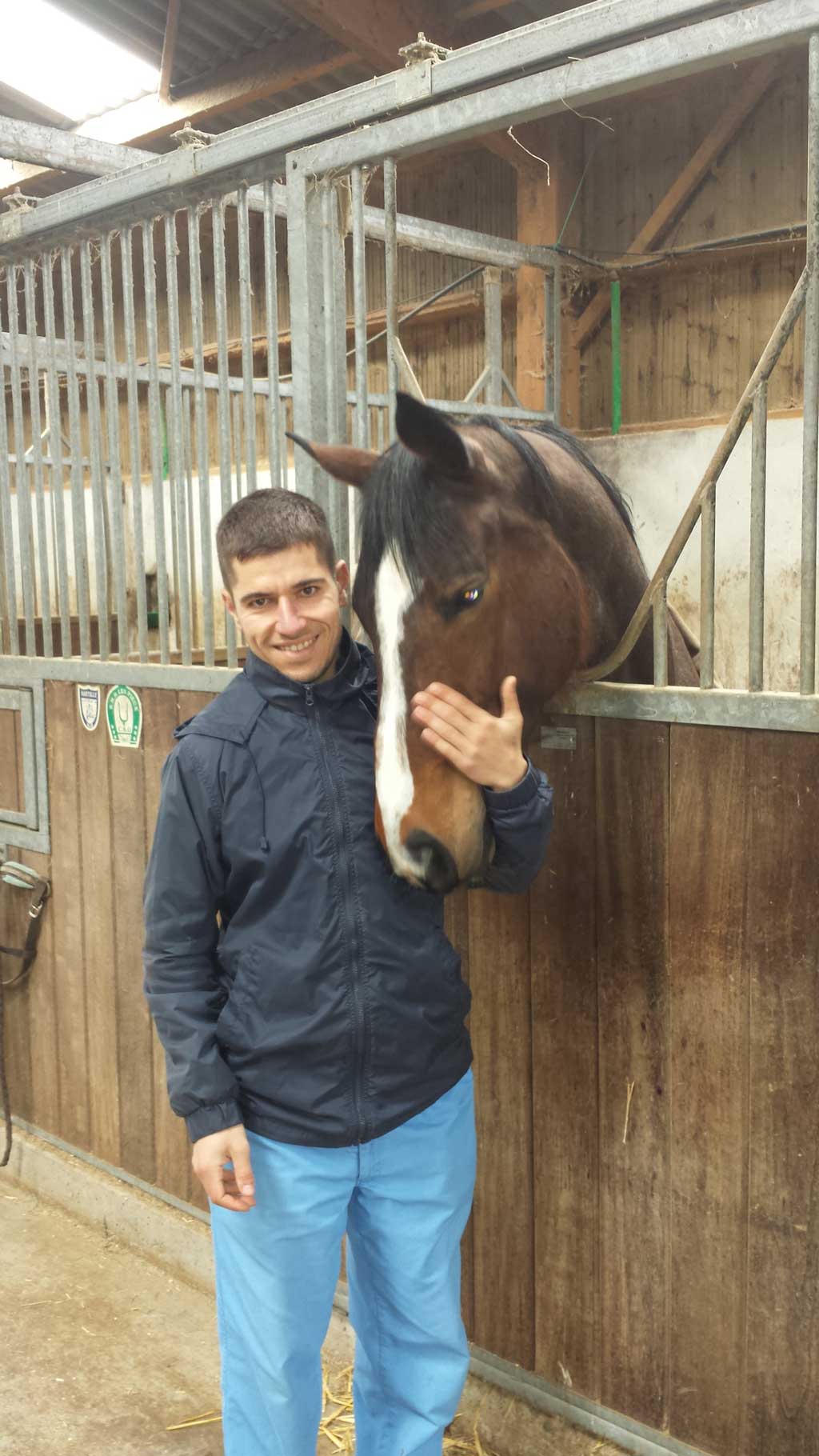 My English Journey by Rubén Caloto

I have studied English since I was a child but I have been learning English seriously for three years. And I am looking forward to continuing in this way.  You are going to understand why I am saying it at the end of the text.

I’m 36 years old and I am a vet.  I have studied English at school, high school and in one class at university, but when I finished my degree, actually it was impossible for me to understand English. Perhaps the skill that I was best at was reading but the best word to sum up my writing, speaking and listening was ‘IMPOSSIBLE’.

Despite the fact that I had a bad level of English, I bought several books related to

my degree in English because it gave me the chance to have the latest edition of them. I could use them with enormous patience and a good dictionary.

Time went by fast, putting the idea of studying English off and I remember that I always had the same feeling in my head, ‘You need to impprove your English, it might help you in the future.’  I was longing to study it.  How do you say that? In Spanish we say ‘tener la espirita clavada’.

I remember the day when I finally decided to start in an academy.  A couple of customers came with their dog and they were from England.  I was unable to speak with them, but a student who was with me doing an internship spoke with them without any problem and I thought, ‘If she can, I can too.’

I felt envy and I wanted to learn to speak like her.  After speaking with her and with a friend of mine about this, they said to me that it was better to go to an academy and by chance my friend called Rubén was studying in an academy in Lugo called Total English School.

I decided to go to the same academy because they gave me the chance to recuperate classes and change my days if I couldn’t go because of my job.  After an interview with Paul, I started my classes with Elaine in B1.  The whole class was in English, ‘the best way to learn’ as she said.  Those days I didn’t think the same because I only understood her when she was smiling or laughing.  I remember that she was explaining one exercise on one page and I was looking at another one on the opposite page.  There were days when I felt crazy at the end of class but I never felt like giving up.  I trusted her and I followed her pieces of advice.

Elaine and Paul said that a good way to learn English was watching TV in English and trying to use English as much as possible.  Every night for the whole course I watched TV in English.  I started with TV series like CSI but I didn’t understand anything, only three words like ‘hello’, ‘goodbye’ or ‘love’.

Step by step and almost without being aware of it, I started to understand more words, they were the words which Elaine said to us in classes and I realised that it was the natural process of learning, like when you are a baby.

I had different teachers the first course because I changed my classes because of my job and at the end of this arduous course I remember one class with a teacher called Jayne in which I was able to speak with her the whole class and I felt very proud of myself.

For the second course, I tried to have a routine and always go with the same teacher who was Elaine.  As I could recuperate classes, sometimes I went to class with other teachers to listen to different accents, which was the only difference between them.  All of them work in the same way so it doesn’t matter the teacher, what is more important is the student in this case.

At the end of the course, Elaine encouraged me to do the B1 exam of Cambridge.  It was the best decision I have made because I had to study a lot and I learnt more than ever.  Finally I passed the exam with a similar level in the four parts.  I was on the right track and I was absolutely thrilled about the decision I made the day I started in the academy.

People say that the only way to learn English is going to an English speaking country, but after my experience, I don’t think so.  In an academy like this, they give you the chance to do homework and they give you advice which you soon understand is true because you realise that you learn and improve your level.  I’m trying to say that if you want, they are going to help you a lot.

Nowadays, I am in my third course with Elaine and I am studying for the B2 exam of Cambridge.  Three years ago, I couldn’t understand anything and now I understand everything that she says and I am able to speak with her and other English speaking people, except for when I am speaking and Elaine starts to close her eyes a little bit and I realise that she isn’t understanding me.  Ha ha ha ha.

I can watch TV in English and I can read books in English.  So my English has improved a lot day by day and step by step.  Three years ago, I avoided speaking with an English person and nowadays, I try to be in situations in which I have to use my English.  The secret is to be constant and never give up.  I remember a lot of situations in which I used English and I felt very proud of myself.  I have to study more and I have a long way to having a perfect leve lof English but I don’t feel like it’s an impossible task.

The most important thing is to love the process of learning and be aware of the importance that English has nowadays to have more chances of getting a good job and to open doors to other countries and cultures to be able to work or travel.